When Twitter was created, it heralded the start of a life in the fast lane! You had to get everything you wanted to say crammed into 180 characters.

Many assumed that we all want information and it has to be delivered quickly.

What these media influencers overlooked was that people don’t just want soundbites and snippets. The fact Twitter increased its character-count two years ago proves that!

They wrongly assumed that 21st century consumers now have an attention span so short that any video they view has to be crammed into 30 to 60 seconds!

While traditional TV channels have struggled with their shorter format programmes, Netflix and Amazon are proving longer formats are attracting larger audiences.

Producing and making their own feature films is helping them draw in big numbers of viewers. Even Sky is getting in on the act with their own movies, such as Mumbai Hotel. So today’s generation is certainly more than happy to spend more time watching video than we’re led to believe.

A recent study also showed that thanks to Instagram, 54% of smartphone viewers spend time watching videos over 20 minutes long. So long-form video content is clearly an option not to miss.

What about my organisation?

But what does this say to you as a business owner? While you may want to use video to promote your company, a one-minute message may be doing more harm to your brand than good. That’s not to say all short video is bad, because it isn’t. But often to give your brand and your business the best opportunity to demonstrate itself, you sometimes need to go into detail.

When the Port of Sunderland wanted a video production company to film a special project we knew we couldn’t skip detail. We could have truncated it down to 60 seconds or less. But that would be missing the point! For this video, we needed to tell a story. And if a story is worth telling, it’s worth telling well.

The three-minute video may not be the longest format, but it shows that by allowing yourself a bit more time to advertise what your business does can put it in good light.

Admittedly, there were times when we needed to add some time-lapse video, but without doing so the end result would have been hours long. And much of that would be watching a ship very slowly manoeuvre. That’s not everyone’s cup of tea and would most likely have lost viewers!

What can long-form video do for a brand?

The content you produce for your business is important whether it’s in written form or visual. A good brand can grow a real following of people who will think highly of your business.

If you can show your clients and prospective clients that you are a quality brand, they are more likely to invest in you.

So long-form video has to be an essential part of your marketing strategy. This is certainly the case when you consider the clothing firm Patagonia. It mixes the length of its videos, but viewers in their hundreds of thousands love to watch their long-form videos. Within a month of this video being released, more than 400,000 had viewed it.

Patagonia has taken an interest in its customers and is filming awe-inspiring movies that show off its clothing in the best light. As a result, likeminded people tune in to watch, with the clothing a central part of the action. This kind of reaction is what builds brands. It’s subtle but will attract more interest and sales than a simple ‘shouty’ buy me 60-second ad.

Of course, if you are a Newcastle business without global clients then your long-form video production may not necessarily attract quite as many viewers, but it could well attract a lot more than a short video without quality content.

Should I go short or long?

With any content, you need to be realistic. If the message you’re trying to get over is very simple and stretching it out could do more harm than good. But don’t try to squeeze something that’s more complex or appealing just because you think shorter videos of a minute or less are most watched.

Indeed, a study from Pew Research Centre found that YouTube has quietly altered its algorithms to favour longer videos. Why? Well, the longer the video, there is a bigger chance of the ads that YouTube plays before during or after the main film are watched. Who is going to watch a 20-second ad when the main video is only 55 seconds long?

YouTube has found that people don’t mind a quick ad break if the video they are watching is longer because they’re already captivated by it. So for YouTube, your long-form video can help their bottom line too!

The answer to what you need is simple, ask an expert! At Media Borne, we offer real advice and can lean on years of experience and expertise. If your video won’t work in long-form, we’ll tell you.

But if you do need long-form video for your business or organisation, then we will make sure it reflects your brand. Why not contact us today to find out more or to see examples?

Check out Simon's recent success with us below of what engagement he got from posting a 13min long-form video on his LinkedIn! 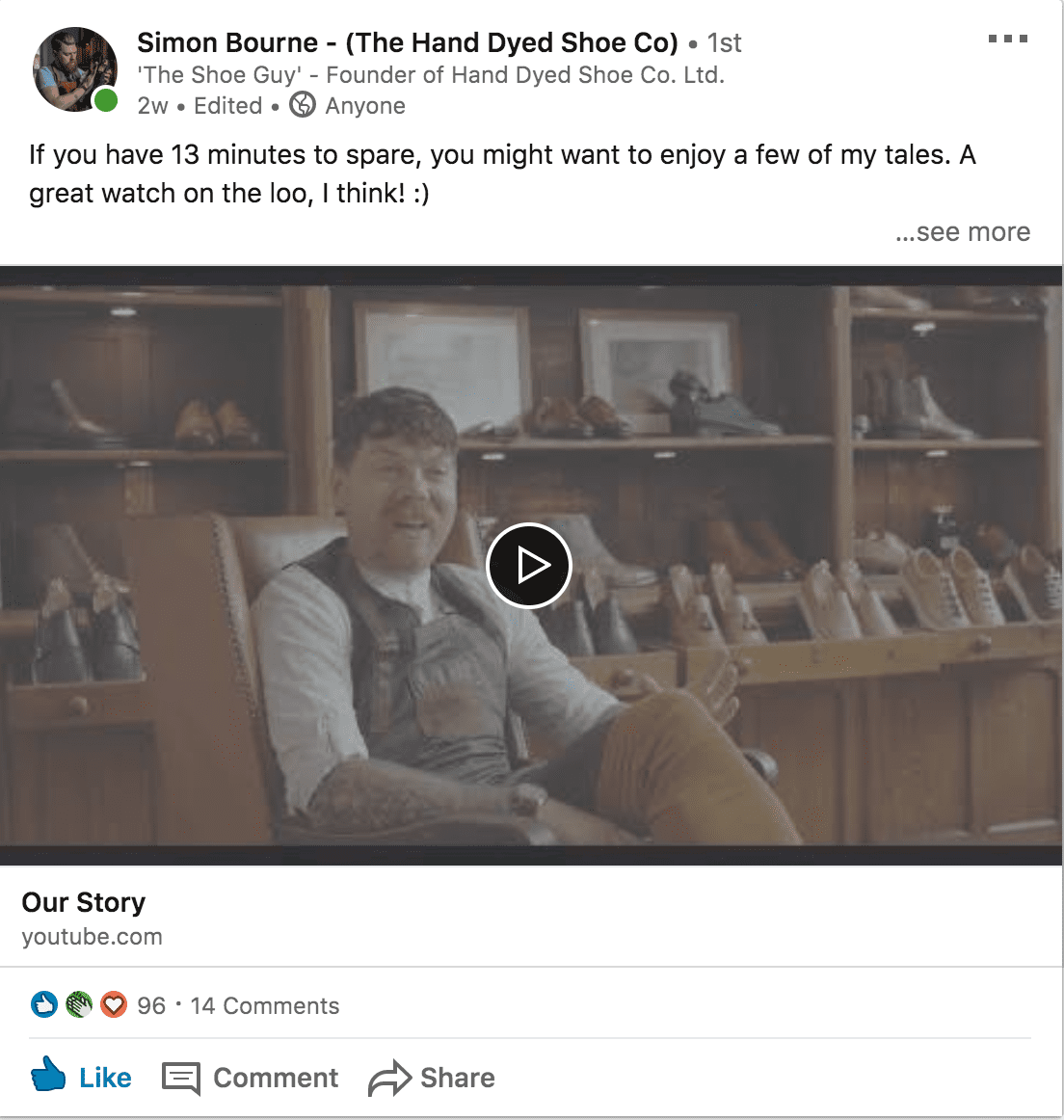 Video marketing for business: Create a call to action

Why corporate videos need a story

How drone video can boost your business

We absolutely love time lapse video and time lapse photography at Media borne, so we’re going to explain how you can make them work for your business.

How the power of a polished time lapse in the construction, engineering and manufacturing sectors can impact Marketing.

What we can do for you